In recent years, with the increase of people’s awareness of environmental protection, the development of the cleaning industry worldwide has brought huge challenges. Various cleaning technologies that are conducive to environmental protection have emerged at the historic moment. Laser cleaning technology is one of them. Laser cleaning technology refers to the process of using high-energy laser beams to irradiate the surface of the workpiece, which instantly evaporates and peels off particles, rust and coatings on the surface, thereby achieving cleanliness.

Pictures from the Internet

》》 Degumming of the ground milling machine will cause damage to the surface of the runway;

》》 The shot blasting machine may remove steel shots on the runway. If it is not cleaned in time, it will cause damage to the aircraft and increase the workload of the workers.

In the actual cleaning of the runway, different energy and moving speed should be adopted according to the actual thickness of the “rubber black”, so as to achieve better cleaning efficiency and effect.

The laser hand-held cleaning machine is professionally customized for airport runway degumming. It can not only effectively remove the tire rubber layer on the aircraft runway, but also not cause any damage to the airport runway. It is both energy-saving and environmentally friendly. It is the first choice for cleaning aircraft runways. device. After degumming, the runway friction resistance value has fully reached the required standard after testing, improving the quality of the runway surface and ensuring the normal takeoff and landing of the flight.

In order to test the practical application effect of laser cleaning on the airfield runway rubber, we used a Ruike 500W pulse fiber laser for experiments. This laser has a wavelength of 1064nm, a pulse width of 130-160ns, a repetition frequency of 20-50kHz, and a laser core diameter. It is 200, and the single pulse energy is 25mJ. In the experiment, a cleaning speed of 20 mm / s was selected, and the rubber was cleaned under each energy condition by a direct radiation method. The final experiment was successful. 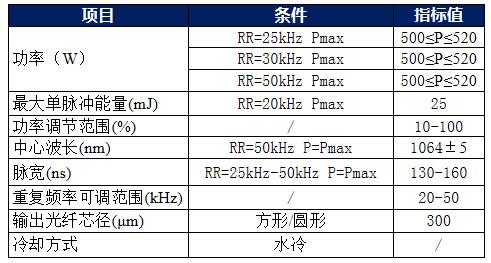 Contrast effect before and after cleaning

In addition, we also tested the change of different rubber thickness with laser cleaning efficiency:

As can be seen from the chart above, as the coating thickness increases, the cleaning efficiency will become slower.