In molds, signs, hardware accessories, advertising boards, automobile license plates and other products, traditional corrosion processes not only bring environmental pollution, but also have low efficiency. Machining and other traditional processes for engraving depth, the metal waste and coolant generated will also cause environmental pollution. Although the efficiency is improved, the accuracy is not high, and acute angles cannot be carved. Compared with the traditional method of metal deep engraving, laser metal deep engraving has the advantages of no pollution, high precision, flexible engraving content, and can meet complex engraving techniques. 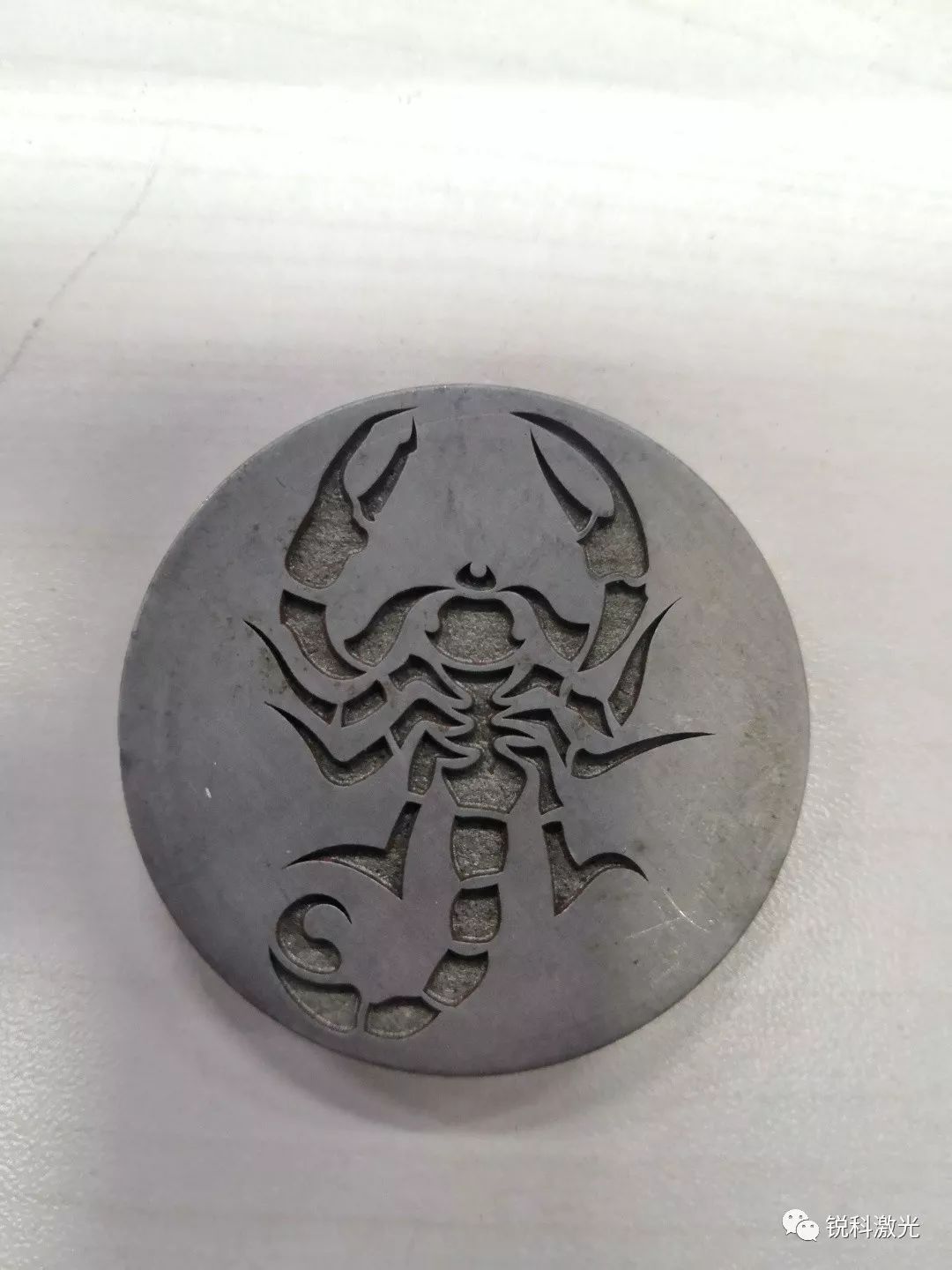 The test platform is equipped with RAYLASE (MS-II-10) galvanometer and focusing lens (F = 163/210) for deep carving test. The engraving size is 10mm × 10mm. Set the initial engraving parameters, as shown in Table 1. Change the process parameters such as defocus amount, pulse width, speed, filling interval, etc., and use the deep carving tester to measure the depth to find the process parameters with the best engraving effect. 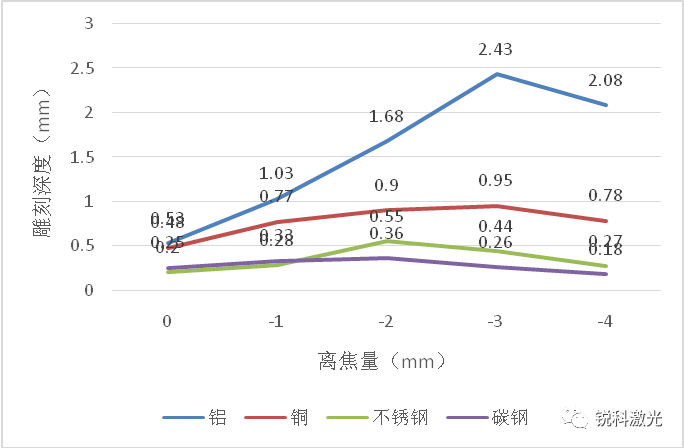 Fig. 1.Comparison of the effect of defocus on the engraving depth of materials.

03 the effect of frequency on engraving depth 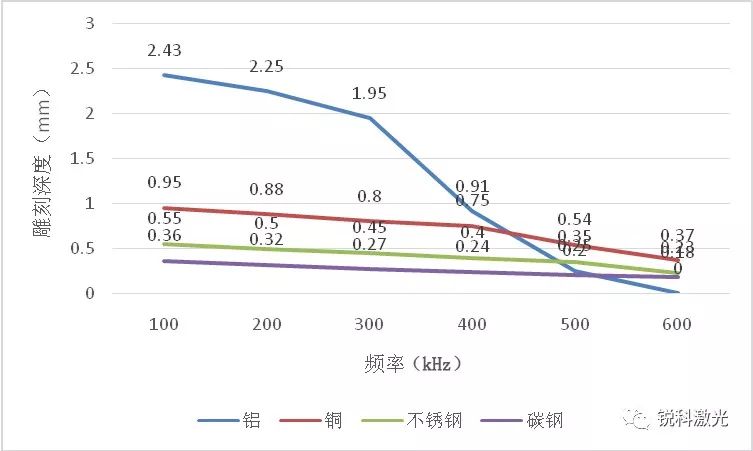 04 Effect of speed on engraving depth

Through the above tests, we can get the recommended process parameters for deep carving of different metal materials using RFL-100M: 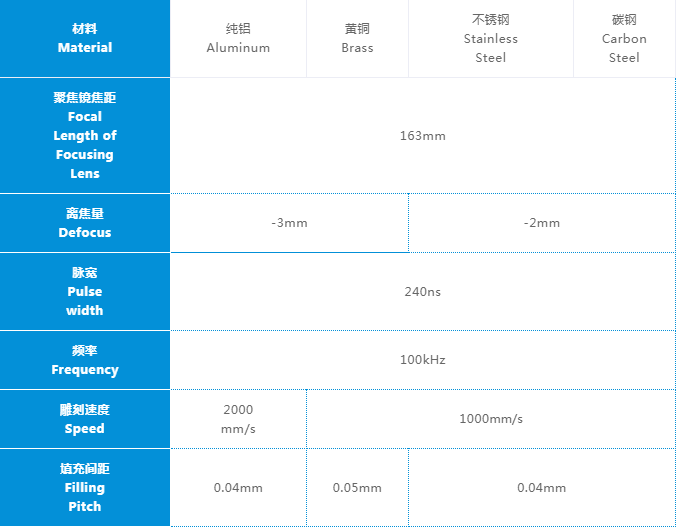